You had me at S

It's Friday night and I am pretty pumped right now. One, it's Friday. Two, popcorn is probably going to be my dinner. Three, I just finished this:

The font really just did me in as the tv came together. And I get really happy about a good font.

The s won me over.

Posted by Laura Nicole Designs at 8:41 PM No comments:

It is Thursday night and I do wish it was Friday already. It's just been one of those days where your day starts out with a cup of coffee and a cookie instead of a cup of coffee and a bowl of cereal or a piece of fruit. Ya know?
Anyways, I just finished a project I wanted to share with you. This is a new one for me. My first poster. I did have fun making this. I started with broken pieces of glass left over from my mosaic projects and took various pictures of it.
like this 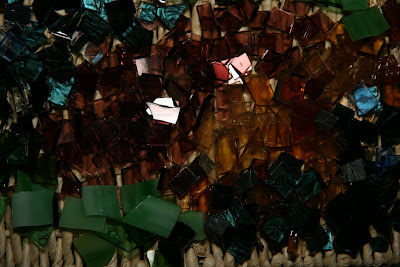 Then add in a few more layers and steps with photoshop and here we are. 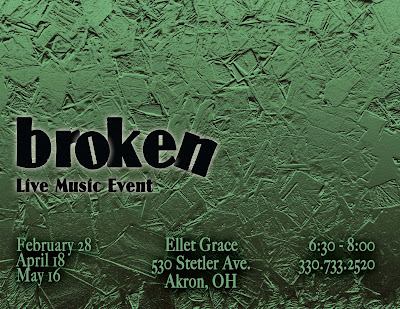 Should you be in the Akron area these weekends, you should check this event out. Bonus, there is one this Sunday should you be interested.
Posted by Laura Nicole Designs at 6:40 PM No comments:

Email ThisBlogThis!Share to TwitterShare to FacebookShare to Pinterest
Labels: Poster

What? You missed the the Bachelor last night because your tv was taken over by video games.  Oh wait.  That was just me.
No worries dear internet because I have Meg, who is sometimes better than the real show.

You may not know Meg. Too bad. We are going to fix that.
Internet meet Meg.

See, we have been friends since high school. Meg is perfect to go to a concert too. She always gets up front and she is a complete head taller than me. So I stand in front of her and she still has a front row view. Perfect if you ask me.  She is the friend who you go to the Backstreet Boys concert with in your personally designed tshirts. She may or may not have prayed the night before for a Backstreet Boys glow stick to complete her boy-band glow stick collection.

She is also the kind of friend who comes over when your trying to figure out how to roast a 25 pound turkey.

Meg has an uncanny ability to win prizes from Pioneer Woman. This has resulted in 2 new boots I believe.

Anyways. Why am I telling you all of this? See I hear Meg's comments on life. But you miss out on our emails. It's really for the best.  Why would you want to hear about office life?

This year though, she is sharing her two cents to say the least about the Bachelor, the Biggest Loser, and American Idol. You may not be into these shows, but you should still check her blog out. I promise it will make you laugh as only Meg can.

So long for December

So it's been over a month since I have blogged anything. Oops.
I promise I have been busy.
I went to a wedding with friends. This is random, but I wore a dress that I picked up at Target in a last ditch effort because I wore the same dress to the past three weddings in a row and I needed a break. Being me, I just picked up a dress without trying it on because I generally know my size at Target. Perfect plan right? Merh. Wrong. It had this weird spanx like material underneath the dress. Way to high maintenance for me. Ironically I wished for my go to winter dress that I wore to the three previous weddings. This is why my husband will just shake his head at me.
Oh! These little guys were made earlier for another wedding in December.

Actually just the reception. Fun fact about this party, they were going to put the invitation design on the cake and the baker wouldn't do it because my image was copyrighted. I felt so special. If they would have called me up I totally would have gone for it!
We were supposed to go to Pennsylvania to visit grandparents for Christmas. Then it snowed a ton and we were snowed out. I say snowed out because Ohio had a yucky mess of slush, but where we wanted to be had a foot and a half over night. There went that trip. Soooo we painted the kitchen! 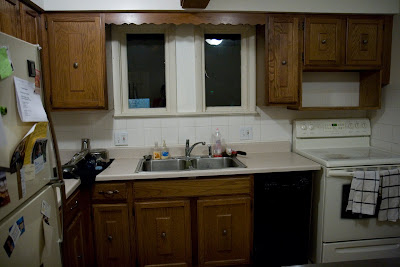 One of my helpers :) 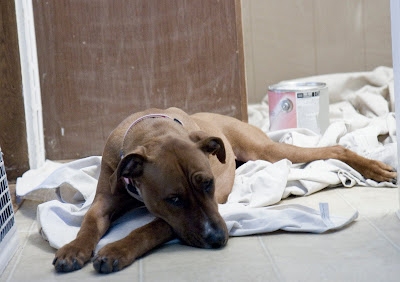 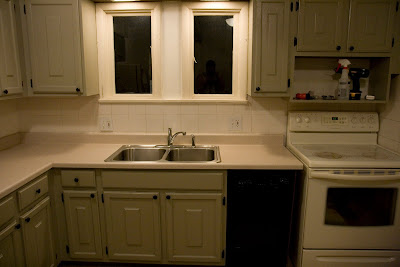 There were a few Christmas cards that came out this year too. This one was my favorite. It was for my friend Meg. She fell in love with the song on the card by Alli Rogers. Well, so did I. It became my Christmas album that I listened to over and over and over to at work. Yep, I'm that person who can listen to the same 8 songs all day long. 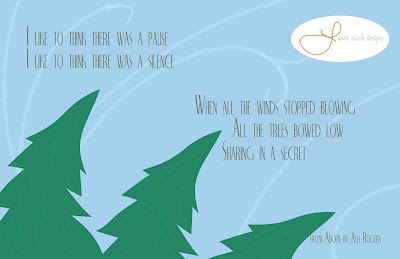 Then there was this guy. I determined I like blue more for Christmas than reds and greens. 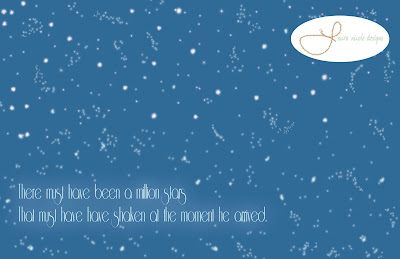 Lastly, we had this good looking fella. Last minute order that worked out perfectly. 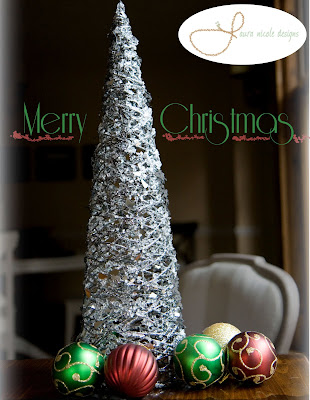 There are more projects to come in January. For one of them, my clumsiness may come in handy because I need broken glass. We'll see how that works out.
Posted by Laura Nicole Designs at 6:38 PM 3 comments: